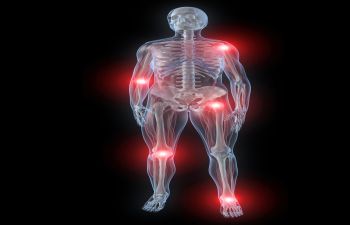 What do you do if you suffer a broken arm that is a complete arm fracture, have an emergency surgery by a well known surgeon, and 5 months later your bone is not healing? That is the predicament that Paul found himself in.

Back in September 2013, Paul had an emergency surgery to fix his complete arm fracture that he suffered following an accident. No matter how positive and cautious Paul was during and following the surgery, as well as strictly following the doctor’s orders, by February 2014 the bone was not healing. Frustrated with the surgeon’s recommendation he decided that a second opinion was needed.

“My arm was unable to function and consistently impaired daily living and simple tasks”, explains Paul. So he took to the Internet to find the best orthopedic surgeon in New York who could help his broken arm properly heal. After an extensive search, Paul ended up scheduling two appointments with two different orthopedic surgeons the same day.

The first surgeon he saw that day recommended that Paul should consider stem cell therapy to help with the healing process. However that doctor would have to refer him to another traumatic orthopedic surgeon who specializes in stem cell injections. Paul thought, “So you have a recommendation, but you cannot do the procedure? Let’s see what the orthopedic surgeon at 1pm recommends.”

Paul then met with Steven Struhl, MD orthopedic surgeon affiliated with NYU Langone that afternoon. “Low and behold Dr. Struhl suggested the same recommendation of stem cell treatment, which could make a big impact with speeding up the healing process of my hard to heal bone fracture”, stated Paul. More importantly, Dr. Struhl could perform the stem cell injection right there in his NY office.

If you have either suffered a significant bone fracture or experienced complications from a previous surgery, you should feel confident contacting Dr. Steven Struhl and his team at either his Westchester County or NYC office.